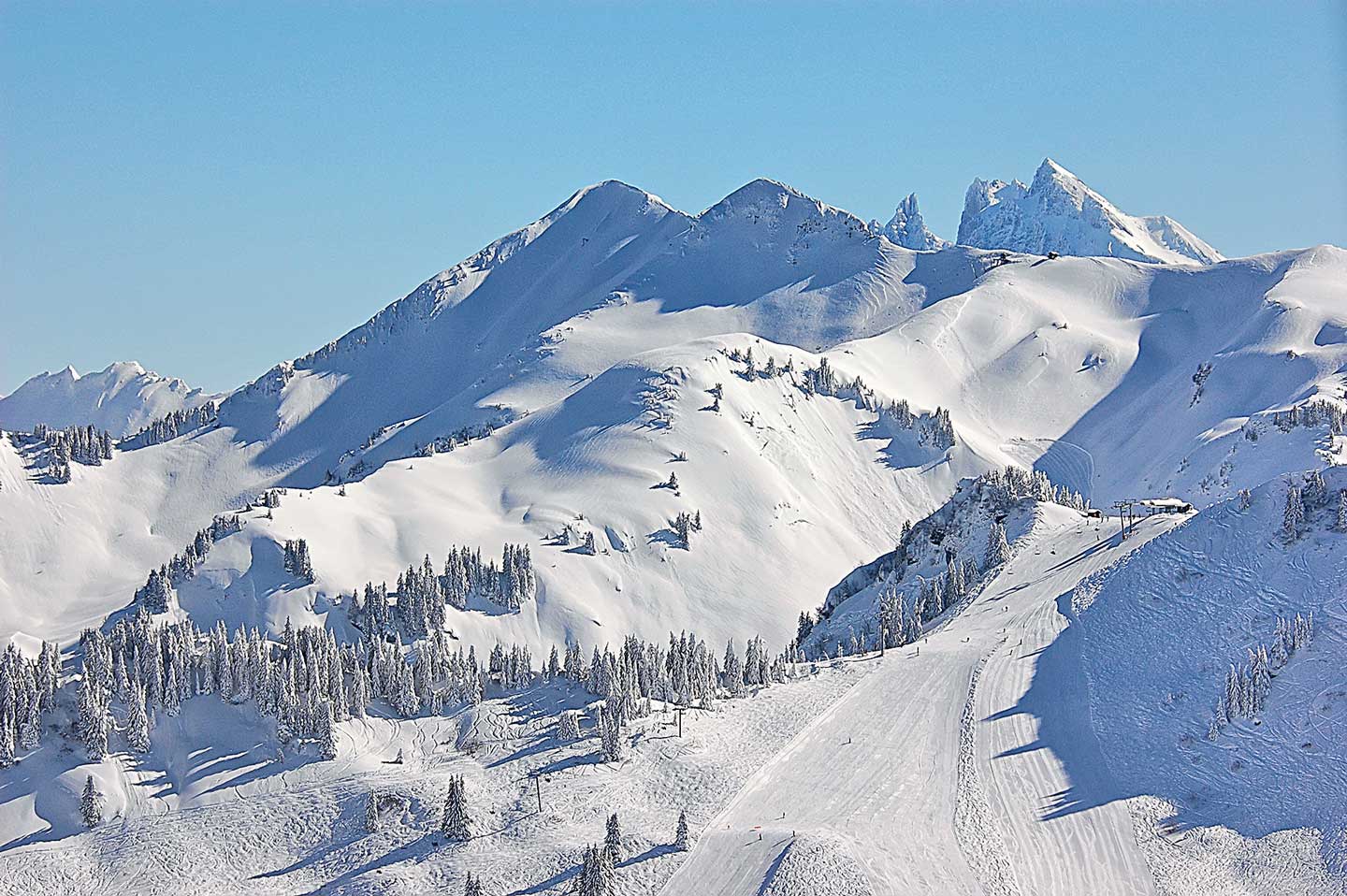 Shortly about the Alpine Ski Masters Club of Saint-Petersburg competing in Finland.

The Alpine Ski Masters Club (Veterans’ Club*) of Saint-Petersburg was founded in between 1992-1994. Before that a few local alpine ski clubs existed and competitions were arranged. But there were neither administration board nor general rules of the competitions’ organization.

There were no any modern equipment at ski resorts like modern ski-lifts, snow guns and slope machines, so the competition slopes condition had to be made manually.

Being organized the Alpine Ski Masters’ Club allured many people of different professions and spheres of business. There were the times of the new Russia origination.

There were more or less professional ex-alpine skiers in the board of the Club and all were interested in the expansion of the Club influence to the skiers.

Since 1993-1994 the Club board began to make a season competition calendar and took the responsibility to carry out all masters’ competitions in Saint-Petersburg area.

Since 1995 Gennady Venediktov became the President of the Club and his “OKDAIL” company became its general sponsor.

During the preceding years the Club board was looking for the going out the local competitions. There were no connections, no experience and no information.

While visiting Finland by business, Gennady Venediktov occasionally discovered the existence of Masters’ competitions there. So seeker always finds.

In 1995 the first team arrived to Koli desiring participate in the first in their life competitions abroad.  The team was entered out of rating.

So it was the first experience for our team competing abroad. And it was so successfully and perfect carried out that the Club board took a decision take part in the Finnish Master Cup in the future. We were amazed at the perfectly organized, well-timed and well equipped competition, friendly attitude of racers and, of course, slopes condition. Comparing with our local competitions, there was much to learn.

But for the Finnish Alpine Masters’ board was not easy decision entry Russian team into their national competitions. Russia was totally closed country for the very long time. It was hard to travel, impossible to make own contacts abroad, every contact went through the secret services filter. And the whole world treat us same suspiciously. Secondly, there were the rules for memberships in the Finnish clubs and some International rules where Russian skiers were not involved in by many reasons.

Soviet National Sport Federation never too much cared about Veterans’ sports and after the USSR was ruined, many kinds of sports in Russia were hardly surviving and the federations were hardly operating.

Every of veterans’ sport used to care about itself which means no information from abroad, no international competition calendars no new sports technologies were coming through the Federation. Common people who were motivated by alpine skiing were taking care about everything.

Meanwhile Finnish Masters board took the decision accept Russian team into the competitions under the pressure of the broad-minded person, Mr. Eino Kalpala, who was the President of Finnish Masters’ committee at that time. And I hope that no one regretted. Finnish masters have got very good competitors to compare with. Russian skiers got the interest in the foreign competitors and very good experience in many things, like competitions’ organization, ski-resorts operating, international connection and many others.

Incidentally Russian team visits for Master Cup participation in Finland had a strong effect for the development of the ski-resorts in Saint-Petersburg area. In general, Finland has become a very good example in the ski-resorts building and management.

Short hills, similar nature and the weather conditions, active population and long winter time gave us an idea for the fast development of ski resorts near Saint Petersburg.

And Masters Alpine skiing movement was developing simultaneously and inseparably with the ski resorts so far as the managers and owners of the most popular ski resorts here were Master skiers.

While visiting Finnish competitions and ski areas they also paid much attention for many technical ideas, equipment and infrastructure. They got connections and good Finnish partners, they cooperate until now.

Huge influence for that process was rendered by Mr. Eino Kalpala. His assistance spread to at least three biggest and the most popular ski resorts at the Saint-Petersburg area. They were “Golden Valley” (Korobitsyno (Valkjarvi) village, Suontaka place), “Puhtolova Gora” (Terijoki, Reshetnikovo (Puhtula)village, Puhtulanmäki place) and “Ohta-Park” (Syargi (Särki)village),   Mr. Kalpala was consulting in the modern Puhtulamäki slope profile and ski-lift line layout. He was advising much in the snow making systems equipment choice and layout and many other things which are important for the ski-resorts operating and existence. His assistance and contribution were voluntary, very friendly and inestimable.

Gradually the relationships and cooperation between Russian and Finnish Masters were progressing. Number of Russian skiers, taking part in the competitions, grew up. During 13 years all together 66 Russian skiers took part in FAM (including 43 men and 23 women, 3 families) The oldest racer lady is Zhukovskaya Olga, 1936 year of birth and the oldest man is Belyazo Valery, 1937 year of birth.

The skills of the competitors increased. At the beginning of the story of Russian Masters we couldn’t even dream about wins in the fast disciplines like giant slalom and Super G.

All our skiers, standing beside the track, were looking with the admire at the competitors like Jari Viljanen, Pekka Liikanen, Unto Hämäläinen, Ari Kuosmanen, Esko Reckhard and many others. We still admire with their skills but grew up as well! We followed good examples and trained hard to answer them.

In 1996, January, Russian team leaved for the first training session in Finland. It took place in Tahkovuori and our team got the possibility to practice on the comparatively long, stipple and definitely well-prepared slopes.

It was the first experience for the team to go by own cars such a long distance (450 km) as we considered that times. Now is funny to remember, but we left home right after midnight in order to drive the whole night and come to be in Tahko in the morning. The idea was not to loose daytime driving and immediately start to practice by arrival. But the road to hell is paved with good intentions. And this usually ends in arrival at 5-6 am, “couple of beer” and staying in the bed all day long.

We would like to remember kindly our first host Mr. Basilius Liinamaa, owner of Liinamaa estate near Tahkovuori. He was originally from Viipuri and there we got to know Finnish hospitality and Karelian kitchen.

Here we also have to say special thanks for Mr. Juha Uimonen, ski-coach, moved from Russia to Finland in the 80th, last century and living nowadays in Kuopio. He helped us a lot with the organization, accommodation and contacts that early period. He has played also a great role in the development of Saint-Petersburg junior sport, arranging the training sessions and helping entry Russian junior sportsmen for Finnish national competitions.

In 1997 Saint-Petersburg Alpine Masters’ Club was transferred the rights to form the National Russian Team. Obviously, the Russian Ski Federation was happy to get rid of responsibility to arrange National veterans’ team. Our Club took this responsibility and made this team which included mainly our Club members:

In 1998 for the first time in our life we took part in the International Masters’ Criterium in Andorra. Three of our skiers were the prize-winners in slalom there:

In the season 1998-1999  Russian team became the winner of Finnish Master Cup.

Meanwhile the owner and the director of the “Golden Valley” ski-resort and the Master skier at the same time Kovalev Alexander, was accumulating the Finnish experience. He was visiting Finnish ski-resorts like: Himos, Messilä, Koli, Sappee, Kalpalinna, Ruka, Vihti and others, carefully learning the positive samples and marking imperfections. He generalized the experience and introduced it.

In 2003 he made a deal. Jurtivaara ski resort (near Nurmes) equipment and buildings were sold out, moved to Suontaka and began a new life there. Nowadays you could see 2 ski-lifts, operating there and a big restaurant on top the hill which used to be the ticket office and café in Jurtivaara. Baby house became a small reception for the cottage area.

Many other ski-resorts managers were also using broadly Finnish experience as a mediately as directly.

2003 was the year when we attempted our first visit to Ruka as the ski-resort for the training sessions. The promotion of this area belongs to Pekka Liikanen. He was so much talking about the advantages of Ruka that we resolved for much longer trip from home (900 km).

Since that year Ruka became the place number one for our skiers in November. Yearly, 300-500 young and aged sportsmen spend there 1-2 weeks, training on the first snow. Ruka administration is very friendly for the sportsmen. Special thanks for Matti Parviainen, director, who makes all his best for slopes and training conditions!

With the course of the time the ties became so good and strong that in season 2008-2009 Finnish coach Juhani (Turbo) Sormunen (original from Ruka)was invited for work to Saint-Petersburg ski-school as a coaching methods specialist.

During 13 years of our participation in Finnish  Master Cup two Russian skiers two times became the absolute Cup winners. They were Olga Kharitonova and Vadim Afanassiev

In 2005 Novikov Konstantin became the absolute fastest skier of the season.

Incidentally we got friends, tried to learn the culture of the neighborhood country, admired with the clearness of land and water and inhabitance attitude to the nature. We discovered as the sameness as the difference in the peoples’ mentality and happy that people accept us as friends. The only thing that both sides sorry about is the language barrier. I am sure that many, especially the same groups’ competitors, would have much to talk about.

Tuula Parviainen, Mika Kyllönen, Marja-Leena Rytkönen, Juha Rytkonen, Tuomo Kosonen and, of course, Eino Kalpala were the guests in our Championships where besides were the racers from the central Russia as well. This was a very good experience and we will hope that our Finnish friends and competitors finally would gather to have a good race here!

Throughout these years we got to know many ski-resorts in Finland and have chosen the favorite to compete. Most of all we loved Riihivuori, Tahko and Koli. The distant best ski area was Pyhä for the faster disciplines.

All recent years the new skiers joined competitions, old competitors were improving skills, some of us: Finns and Russians got injured – this is sport! But in spite running time, injuries, problems and other obstacles we remain true to the skiing and competitions in Finland because it is more then just competitions, it is part of our life!

Note: *The Veterans’ Alpine Ski Club used to be the common and the official name of the Club and means not only military but even sport veterans

The list of Russian Alpine Masters Team took part in Finnish Master Cup through out 14 years since 1995.